Paul Clarke passed away on June 5th, 2022, and his memorial service was held at the Hemmant Cemetery on Friday, June 17th. Paul was a veteran, and served in the 104th Signal Regiment, receiving the Australian Active Service Medal 1945-1975 with Vietnam Clasp, Vietnam Medal, Australian Defence Medal, and Republic of Vietnam Campaign Medal with 1960 Bar. 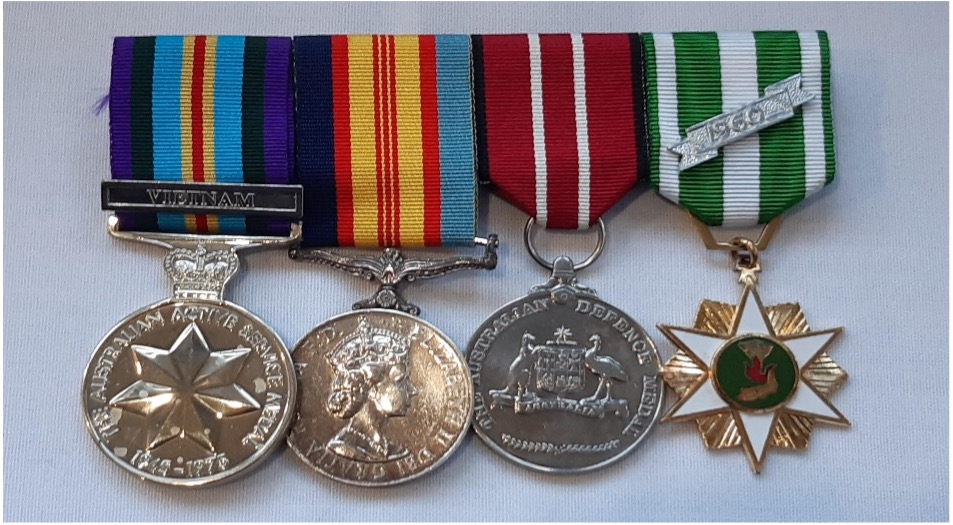 The memorial service included a “Poppy Ceremony”, where any veteran or their representative could come forward and lay a poppy on Paul’s coffin, and a large number of Veterans did so. 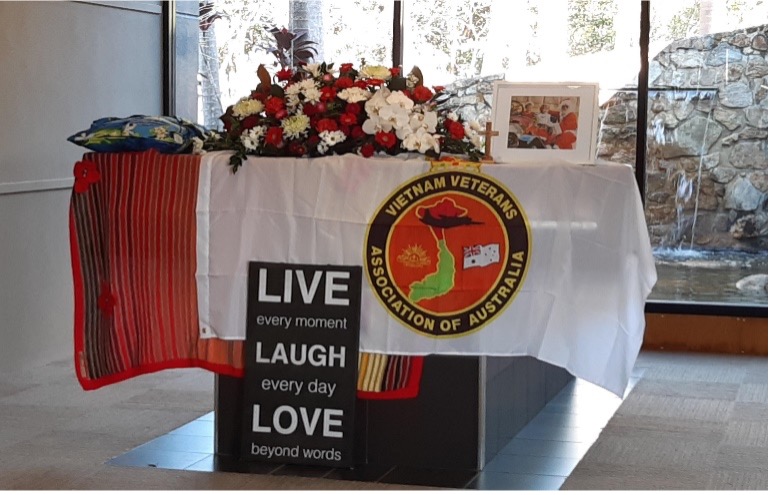 Paul’s coffin was draped with a “Poppy” memorial blanket and the Vietnam Veterans Association of Australia flag, as well as a bouquet of flowers and a small cross with family significance.

The service was very well attended, and among the invitees were representatives from the Veterans’ Support Group and Men’s Shed, namely Peter Handy, Peter Cameron, Kevin Roberts and Andy Bryson. 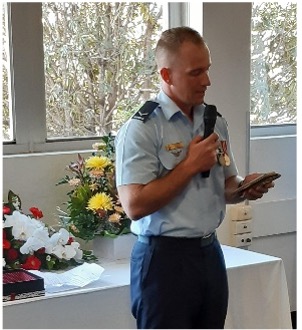 Following the service, attendees were invited to the Wynnum RSL for refreshments and a further ceremony. Paul expressed his wish for his medals to be presented to a young Air Force member Justin, a friend of the family, and Peter Handy was honoured to present the medals to him. Paul is survived by his wife Dot, and she was showered with many hugs and well-wishes by friends and family. Paul and Dot had an agreement. Whoever went first, they would send the winning Lotto numbers via a dream – so sweet dreams Paul, till you and Dot meet again