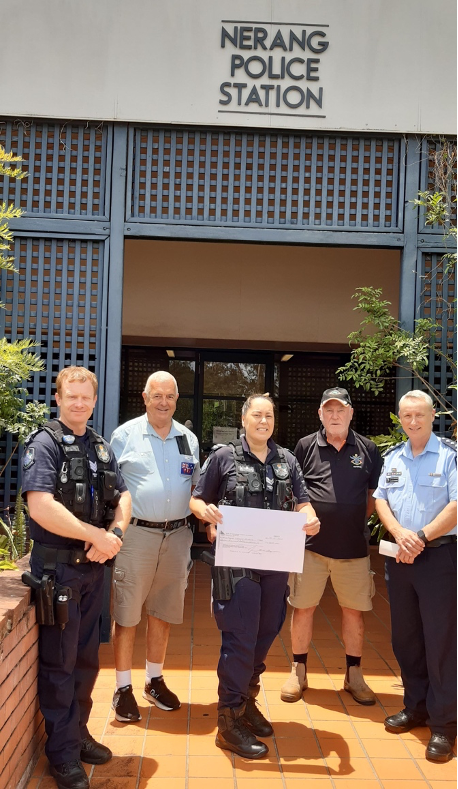 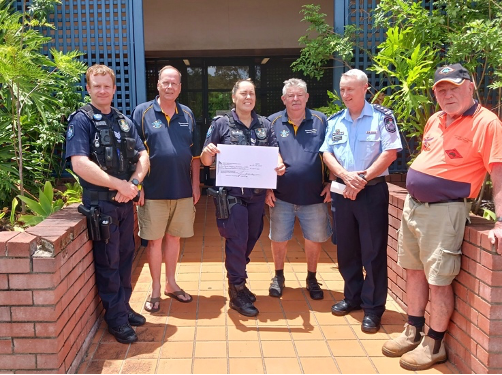 Upon hearing of the tragic deaths of two Queensland police officers, Rachel McCrow and
Matthew Arnold, VVF QLD. Branch and Sub Branch decided to make a donation to the
Queensland Police Legacy Scheme to honour the service of those two officers. The local
Nerang Police Station was contacted, and arrangements were made to present cheques of
$1,000.00 from each branch.
Peter Handy, Andy Bryson, Peter Cameron and Kevin Roberts went to Nerang Police Station
and were met by Acting Inspector Warren Parker; Acting Sergeant Mark Richards and
Senior Constable Rhiannon Toms. Our sincere condolences were extended to these
officers, and photos were taken of the cheque presentations. We also extended
invitations to the staff of Nerang Police to have lunch with us on one of our regular
Tuesday cooked lunches some time in the new year.